Encompassing the vast combined landmasses of both the Old World and the New World, Mortal Empires enables you to embark upon colossal new campaigns playing as any Legendary Lord from both games, including any introduced Free content packs and any you own as DLC. Players will be able to embark on campaigns as any of the 35 existing Legendary Lords from both games. This includes the Dwarfs, Greenskins, Empire, Bretonnia, Wood Elves, High Elves, Dark Elves, Beastmen, Warriors of Chaos, Skaven, Vampire Counts and Lizardmen.

Unlike the Eye of The Vortex campaign that shipped with WARHAMMER II, Mortal Empires doesn’t focus on one overarching narrative. Instead, it offers the classic sandbox Total War experience in the Warhammer Fantasy Battles world, expanding your empire in any direction you choose with no limits. You’ll still experience the escalating Chaos Warriors invasion from the original Total War: WARHAMMER Old World campaign, but with an exciting new twist: the forces of Chaos don’t just attack from the Chaos Wastes, but from other, unexpected directions as well…

Mortal Empires is a bespoke new campaign map, not an exact reflection of the Old World and Eye of The Vortex campaign maps. As such, certain factions have unique new starting positions. The Skaven warlord Queek Headtaker of Clan Mors, for example, begins with ownership of Karag Orrud in the south-eastern Badlands. This puts him in the heart of Greenskin territory in the Old World.
Show more 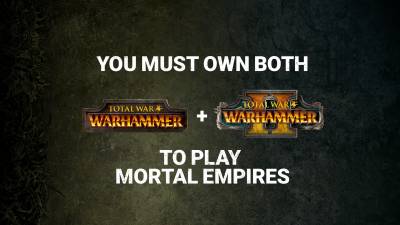 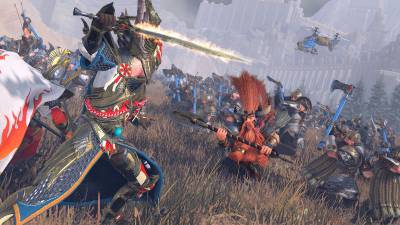 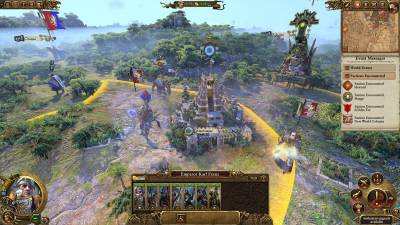 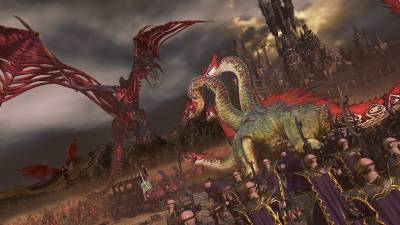 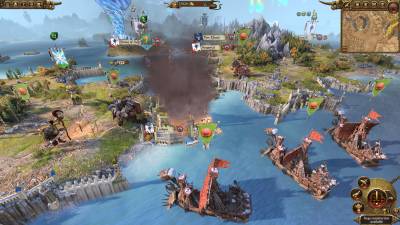 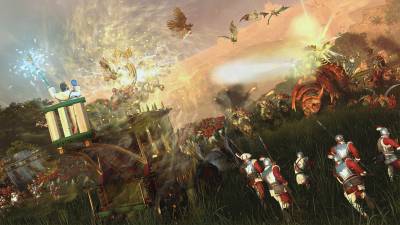 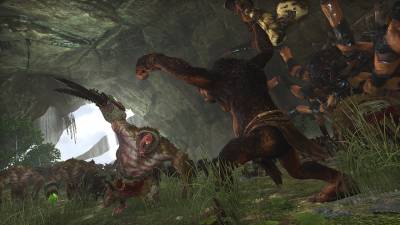